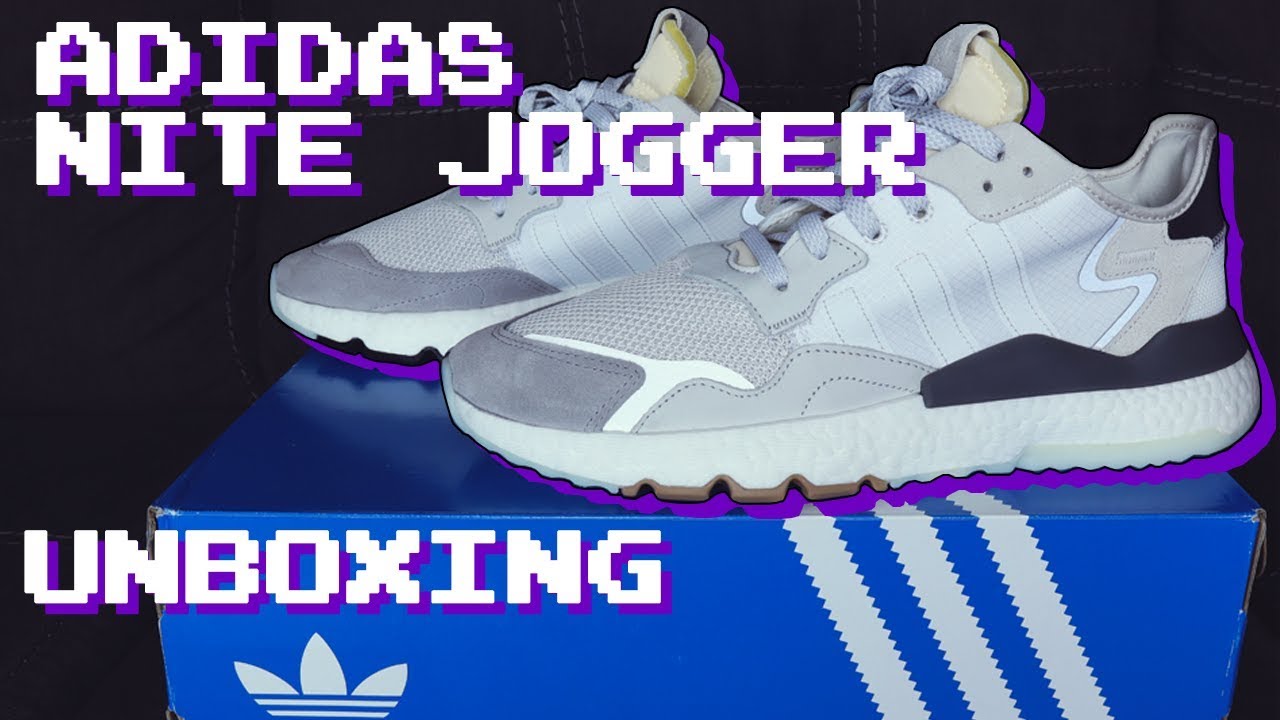 Hi all! After taking a much-needed social media break, I’m back with with this video where I’m unboxing and reviewing the new Adidas Nite Jogger Shoes in the “cloud white/crystal white/core black” colorway!

The Nite Jogger is a brand new silhouette that is basically a re-invention of the OG Adidas Nite Jogger sneaker that came out back in the 1970’s. The shoe was first announced back in late 2018, and the first rendition of the new Nite Jogger was released in January 2019 in the core black/carbon/active blue colorway.

Since re-releasing the Nite Jogger, Adidas has gone on to add a whole bunch of other new dope colorways that I think make it so anyone can find a shoe that fits their style.

The CW I’m reviewing is, in my opinion, the most minimal and most versatile version of the Nite Jogger, but it still maintains the signature hits of 3M, huge Boost midsole, and retro/chunky style that makes this sneaker a sleeper hit for this upcoming spring and summer season.

Check out the video for my unscripted reaction to unboxing these sneakers as well as some nice on-feet shots and outfit inspo to give you a sense of how these shoes might look and move on you!